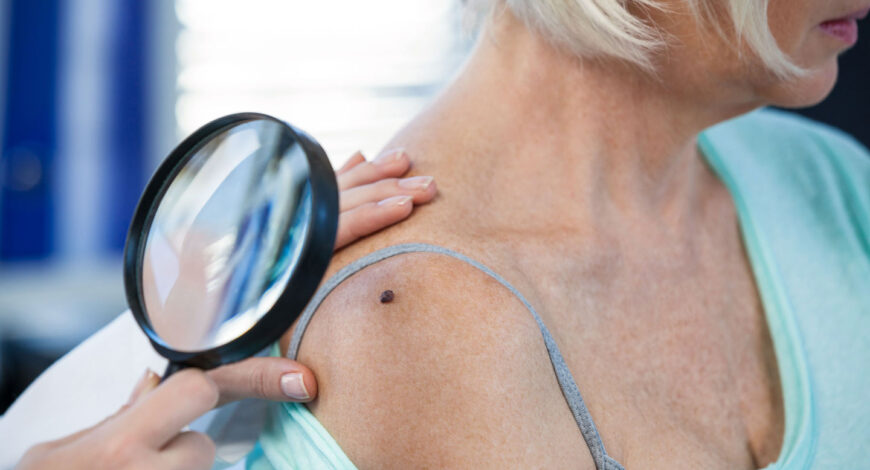 What is acne? Acne is a skin condition that can cause one or more of the following:

Getting acne may be inevitable, but you don’t have to live with it. Thanks to decades of research, virtually everyone can achieve clearer skin. Acne Resource Center – Learn more

What is Actinic Keratosis? Also called solar keratosis, this is a precancerous skin growth caused by the sun or indoor tanning. Learn more

What is Acanthosis Nigricans? Acanthosis nigricans (AN) is a skin condition that causes one or more areas of skin to darken and thicken. Often the skin with AN feels like velvet. Learn more

What is Basal Cell Carcinoma? The most common type of skin cancer, basal cell carcinoma can show up on the skin in many ways. One common sign is a slowly growing, non-healing spot that sometimes bleeds. BCC can also appear on the skin in other ways.Learn more

What is Contact Dermatitis? We get contact dermatitis when something that our skin touches causes a rash. Some rashes happen immediately. Most take time to appear. Learn more

What is a Cyst? An abnormal, usually noncancerous growth filled with liquid or a semisolid substance, sometimes causing pain. Learn more

What is Dermatitis? This condition develops in people who have poor circulation. Because poor blood flow usually occurs in the lower legs, this is where stasis dermatitis often develops. It may occur in one or both legs. Stasis dermatitis can develop in other areas, but this is rare. Learn more

What is Dysplastic Nevus? Atypical moles, also known as dysplastic nevi, are unusual-looking moles that have irregular features under the microscope. Though benign, they are worth more of your attention because individuals with atypical moles are at increased risk for melanoma, a dangerous skin cancer. Learn more

What is eczema? The word “eczema” has two meanings. It can mean either of the following:

What is a fungal infection? Any disease caused by a fungus. A fungus that invades the tissue can cause a disease that’s confined to the skin, spreads into tissue, bones, and organs, or affects the whole body. Learn more

What is Folliculitis? This is a common skin infection that develops in the hair follicles. Folliculitis can appear anywhere on the skin, except for our palms and soles. Learn more

What is Hirsutism? Specific to women, Hirsutism is excessive hair growth on unexpected areas of the body, such as on the face, chest, and back. Learn more

What is a Keloid? A keloid is a type of raised scar. Unlike other raised scars, keloids grow much larger than the wound that caused the scar. Learn more

What is melanoma? A type of skin cancer, melanoma is often called the “most serious skin cancer” because it can spread from the skin to other parts of the body. Melanoma accounts for about 1% of all skin cancers diagnosed in the United States, but it causes most of the skin cancer deaths. Melanoma is highly treatable when found early. Learn more

What is Melasma? Melasma is a common skin problem. It causes brown to gray-brown patches, usually on the face. Most people get it on their cheeks, bridge of their nose, forehead, chin, and above their upper lip. It also can appear on other parts of the body that get lots of sun, such as the forearms and neck. Learn more

What is Molluscum Contagiosum? Caused by a virus, molluscum contagiosum causes small bumps on the skin that tend to clear with time. You can get molluscum at any age, but it’s most common in children who are 1 to 10 years old. Children who have atopic dermatitis (often called eczema) tend to get it more easily. It is contagious. Learn more

What is MRSA? Methicillin-resistant Staphylococcus aureus (MRSA) is a cause of staph infection that is difficult to treat because of resistance to some antibiotics. Staphylococcus aureus (staph) is a type of bacteria found on people’s skin. Staph bacteria are usually harmless, but they can cause serious infections that can lead to sepsis or death. Learn more

What is Psoriasis? This condition develops when the body makes skin cells too quickly, causing skin cells to pile up and form visible patches or spots on the skin. Those thick, scaly patches that develop on the skin are called plaques (placks). About 80% to 90% of people living with psoriasis get plaques, so they have plaque (plack) psoriasis. Learn more

Post-inflammatory hyperpigmentation occurs when the skin has experienced inflammation due to a pimple, rash or other irritation. When an inflammation occurs, an excess amount of melanin may be produced. Melanin is what gives skin color and excess melanin in a localized area will result in darker pigmentation. Hyperpigmentation is not a true scar and will likely fade over time, even without treatment. Because lightening may take several years, there are treatments available to speed up the process.

What is Rosacea? Rosacea is a common skin condition that often begins with tendency to blush or flush more easily than other people. The redness can slowly spread beyond the nose and cheeks to the forehead and chin. Even the ears, chest, and back can be red all the time. Learn more

What is Seborrheic Dermatitis? This is a very common skin disease that causes a rash. When this rash appears, the skin tends to have a:

What is Squamous Cell Carcinoma? A common type of skin cancer, squamous cell skin cancer can develop from a pre-cancerous skin growth called an actinic keratosis (AK). Squamous cells are found throughout the human body. These cells line organs, such as the lungs, throat, and thyroid. We also have squamous cells in our skin. Learn more

Telangiectasia is a condition in which widened venules (tiny blood vessels) cause threadlike red lines or patterns on the skin. These patterns, or telangiectases, form gradually and often in clusters. They’re sometimes known as “spider veins” because of their fine and web-like appearance. Learn more

What is Tinea Versicolor? (Also called pityriasis versicolor) We all have yeast living on our skin. When yeast grows out of control, a person can get a skin disease called tinea versicolor. Your dermatologist may tell you that you have a fungal infection on your skin. Yeast is a type of fungus. Learn more

What are warts? Warts are benign (not cancerous) skin growths that appear when a virus infects the top layer of the skin. Viruses that cause warts are called human papillomavirus (HPV). You are more likely to get one of these viruses if you cut or damage your skin in some way. Wart viruses are contagious. Warts can spread by contact with the wart or something that touched the wart. Warts are often skin-colored and feel rough, but they can be dark (brown or gray-black), flat, and smooth. Learn more